The Bogomils of Bosnia: Forgotten gnostics

A Christian gnostic sect in the medieval era, Bogomilism spread throughout Balkan countries like Bosnia. Bogomils were denounced as heretical due their doctrines, however what they endured led them later to adopt Islam, when Ottoman rule arrived the region

In the Bosnian capital of Sarajevo, hundreds of people from around the country gathered on Saturday to protest the attempted coup on July 15. Bosnian government officials expressed their full support to President Recep Tayyip Erdoğan, denouncing the unfortunate event in Turkey.

“My message to brother Erdoğan is that he has strong support here in Bosnia and Herzegovina,” said Chairman Bakir Izetbegovic of the Presidency of Bosnia and Herzegovina. What he said sums it all up: “The opposite of what was aimed for will happen … and it will establish who was untrustworthy.” I think this is accurate, because Bosnians have a long story which proves this.

Bosnians are considered the descendants of Sultan Mehmet the Conqueror in the Balkans and have been a nation beloved by Turks since 1463 – the year Bosnia was conquered by the Ottoman Empire. Bosnia was recognized as an inheritance from the Ottomans, the Bosnians welcomed Sultan Mehmet II the Conqueror when he stepped on Bosnian soil, and they willingly embraced Islam in great numbers, despite the sultan’s decree allowing the conquered people to maintain their faith. How many today know about the background of this willful conversion? Not many, I think. 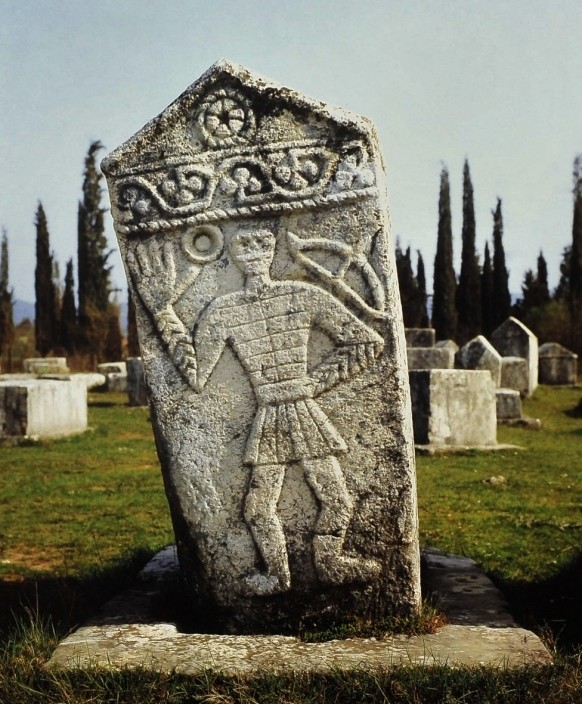 A Bogomil tomb in Bosnia.

In April 1992, when the government of Bosnia-Herzegovina declared its independence from Yugoslavia under the leadership of Bakir Izetbegovic’s father Alija Izetbegovic, the Bosnian Serb forces, with the backing of the Serb-dominated Yugoslav army, persecuted Bosnian Muslims with atrocious crimes resulting in the deaths of some 100,000 people – of whom 80 percent were Bosnian. This persecution continued until 1995, and was the worst act of mass killing on European soil since World War II. This was not the first mass slaughter of Bosnians. Their ancestors suffered from a religious war directed by Catholic Serbs and Orthodox Croats for the crime of being “Bogomils,” considered as “heretics” by the Catholic Church as well as the Serbian Orthodox.

Bogomilism was a Gnostic dualistic sect, whose religious doctrines borrowed from the belief system of the Paulicians and the Manichaeans. Bogomilism is thought to originate from the teachings of a village priest named Bogomil who lived in Macedonia, whose name means “friend of God” or “beloved of God.” The priest Bogomil would criticize the wealthy priests and nobles, calling them the servants of the devil. He would refer to the Gospel while preaching about the differences in life style between Jesus Christ and wealthy priests. Poor people living in the Byzantine-controlled Macedonia and Thracian regions followed Bogomil teachings, and later organized under the rule of Peter I of Bulgaria as a reactionary group opposing oppression from political and clerical authorities. Although the Bogomils flourished in Bulgaria, their teachings expanded to areas in the Byzantine Empire, Serbia, Bosnia, Italy and France.

Bogomilism in the Byzantine era

Basil was burnt alive in a huge pyre built in the Hippodrome, where large crowds stood between the Hagia Sophia and the stone obelisk, known today as Sultanahmet Square. Basil was offered the choice between being nailed to a large wooden cross or the fire. Basil’s death ended Bogomil influence in Constantinople.

The late 12th century in Bosnia was a golden age for Bogomils, where it was the state religion. Despite the Bogomils suffering oppression elsewhere from the Catholic and Serbian Orthodox, Bosnia offered them safe haven. Kulin, the Great Ban (title of the local representatives of Hungarian Kings) played a very important role for Bogomils during his reign, so much that the Bogomils formed a “Bosnian Church” free from Catholic authority. Kulin and the then Roman Catholic bishop of Bosnia converted to Bogomilism, and after Kulin died, another Catholic ruler was appointed by the pope, although he later accepted the Bogomil faith as well. This was the last straw for the Papacy. In 1222, the pope declared a Crusade against the Bogomils and Hungary invaded Bosnia. Every attack was foiled by the Bogomils and their faith only became stronger. In 1408, Hungary attacked Bosnia again. Influential Bogomil noblemen were beheaded – just like DAESH does today – and thrown into the Bosna River. This led the Bogomils to see the Ottomans as liberators and help the Turks against the Hungarians in 1414. Building closer ties with Turks, Bogomils later welcomed Ottomans when they conquered Bosnia in 1463. “Bogomils preferred to be conquered by the Sultan than converted by the Pope,” said Authy Phyllis in her book “Yugoslavia.” Late British author Rebecca West in “Black Lamb and Grey Falcon: A Journey through Yugoslavia” also said in reproach: “Had it not been for the intolerance of the Papacy, we would not have had Turkey in Europe for 500 years.”

The Bogomils were freed from persecution by “others” who are described as “barbarians,” and free to practice their faith. The Bogomils may have heard of the tolerance and peace established by the sultan’s rule from Constantinople, where Basil was once burnt as a “heretic” by the Byzantines. The sultan embraced them and allowed them religious freedom instead of forcing them to convert. Turks saw Bosnians as trustworthy and many Ottoman grand viziers and statesmen were selected from Bosnia. We can say that the Papacy intended for the Bogomils of Bosnia to become Catholics, but they chose to become sincere Muslims.

– The Bogomils opposed the dogma of the church, they appealed for the virtues of early Christianity and the Gospels.

– The Trinity was considered to be delusional and rejected.

– The cross was considered evil, as an instrument used to kill Christ. They asked, “If someone killed the king’s son with a piece of wood, do you think the king would regard the weapon as holy?”

– Bogomil dualism taught that to be united with God, they must disregard the material world.

– There was no veneration of Mary and no belief in her as “Mother of God.”

– The Bogomils rejected monasticism and were iconoclasts.

– The Bogomils believed that God, not Jesus, would execute the final judgment.

Australian Rich Couple talks about the Beauty of BiH